A Brief History of IPv4 Addresses

Back in 2010, when IP prices were around  $5 per IP address, no one was thinking that after ten years the prices would be four times higher and that companies would struggle because of the IP shortage. IPv4 is simply not enough for the whole population. It’s probably not the first time you heard that.

It all began with the ARPAnet. ARPAnet was a research network funded by the Advanced Research Projects Agency of the U.S. Department of Defence. It was introduced in 1969 and allowed connections between 4 hosts. Each host had a unique address to communicate online. Over the years the network grew and in 1981 there were 213 hosts connected. ARPA played a huge role in universities and research centers in the US.

Back in the days of ARPAnet, there was no Transmission Control Program/Internet Protocol (TCP/IP). However, there was Network Control Protocol (NCP). Addresses in this protocol were 8-bit numbers and each host could be addressed by a number such as 12, 30 or 160.

Soon, different kinds of networks emerged and the need of connecting these different networks grew.

There was, in other words, a need to create a “network of networks”. Therefore, ARPAnet adopted TCP/IP on January 1, 1983. This day is also known as flag day.

At this time, the 4.3 billion available IP addresses were managed by a single organization called the Internet Assigned Numbers Authority (IANA). To simplify the management of the internet, Regional Internet Registries, also known as RIRs, were created in 1992. Today there are 5 RIRs:

The introduction and exhaustion of IPv4

IPv4 was introduced in the 80s. At this time the world had a population of 4.5 billion people and, no one expected the population to grow as quickly as it did. Besides, the development of technology suddenly exploded. Mobile phones were created, the World Wide Web debuted and the economy started to boom.

The introduction of IPv6

With the exhaustion of IPv4 in mind,  Internet Protocol version 6 (IPv6) was introduced in 1999. IPv6 has a huge capacity: we have 240 undecillion IPv6 addresses. Even now, in 2021, internet scientists think that will be enough for the foreseeable future.

Even though we have IPv6, we’re still relying on IPv4. This need for IPv4 created the IPv4 lease market. Leasing creates an opportunity to monetize IP addresses and to sell IP blocks in the future instead of selling them in the current market. This allows owners of IPv4 ranges to keep the block in case of need in the future.

Given the history of IPv4 and the slow adoption of IPv6, it wouldn’t be wise to make any predictions of the future of Internet Protocol. However, we have to say that Internet Scientist did a great job back in the days. For over four decades we didn’t have to worry about IP address exhaustion.

Do you want to rent IPv4 addresses?

Starting a reseller hosting company: everything you need to know

Starting a reseller hosting company: everything you need to know In the web hosting industry, there are many different ways to earn money. Since every modern business 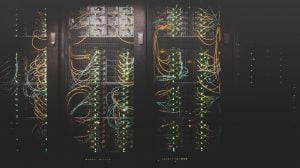 What is a VPS used for?

Whether you’re tech-savvy or just looking into hosting, you’ve probably heard the term VPS. Virtual servers are often rented out to customers by hosting companies. However, there

CentOS vs Debian vs Ubuntu: what are the differences?

CentOS vs Debian vs Ubuntu: what are the differences? Once you’ve decided which operating system you want to use on your virtual private server or dedicated server,