The difference between SSD Hosting and HDD Hosting

Historically, most hosting companies used hard disk drives (HDDs) to store data. They are known for being able to store large amounts of data for an affordable price. However, nowadays more and more servers use solid state drives (SSDs). They’re especially common in dedicated and VPS hosting packages.

Most hosting providers still offer both HDD and SSD. To make an informed decision, it’s important to know the differences between the two.

The differences between SSD and HDD hosting

Both SSDs and HDDs are viable means of storing files. However, there are some key differences in speed, reliability, power consumption, and price.

The primary difference between the SSD and HDD hosting is the speed in which your server can store data, access it, and show it to visitors. An HDD consists of a physical metal disk that spins (similarly to vinyl records). Each HDD has a driver head that moves along the disk to find the data you’re looking for. This is then sent to the computer.

In contrary to an HDD, an SDD has no moving parts. SSDs store information in microchips (like a USB storage drive). Therefore, the seek time (how much time it takes to find data) on an SSD is a lot faster than on an HDD.

The fact that there are no moving parts in SSDs makes them significantly faster in locating data than HDDs. HDDs have an average of 200 IOPS and SSDs have an average of 90.000 IOPS, which is 450x faster than HDD. Furthermore, the latency of an SSD is a lot lower, which means that data can be loaded much faster.

Page speed is a ranking factor in Google and is an important factor in user experience.

SSDs usually consume less power than HDDs. This means that there is less heat generation and that you can save a lot of money.

Other important factors to consider when choosing which type of drive you want to use are drive reliability and data security. Since HDDs have a moving disk, the risk of failure is bigger than with SSDs. Dropping an HDD or differences in temperature can lead to data corruption and loss.

On the contrary, SSDs don’t have any moving mechanical parts. Therefore, they are able to survive extreme heat and cold, pressure, and survive drops. This makes them less prone to failure.

SSDs tend to be more expensive than HDDs. However, the cost for bandwidth is often lower with SSDs ánd they have a longer lifespan. This makes the lifetime costs of an SSD lower than the costs of an HDD.

Choosing between SSD and HDD hosting

SSDs are significantly faster than HDD drives, more reliable, and less prone to failure. However, SSDs are also more expensive.

When choosing between the two, it’s important to look at your hosting requirements. Do you need high performance? Then SSD is the way to go. Are you really on a budget or have a super small website? Then a basic hard drive solution with good back-ups can be a better choice.

With all the advantages and disadvantages in mind, Hostio Solution has chosen to run all of its servers on Enterprise SSDs. This allows us to guarantee the best performance and maximum uptime.

Order your Dedicated Server or VPS with SSD today 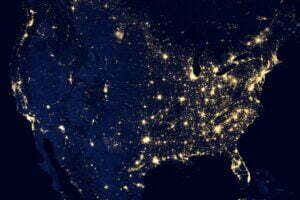 CIDR stands for “Classless Inter-Domain Routing” and is also known as subnetting. The original goal of CIDR was to slow down the exhaustion of IPv4 addresses. However,

What Is Shared Hosting? Should You Get It?

When creating a website for your business it is important to know the differences between various types of web hosting that are available. Fortunately, it isn’t as